Hello, and welcome to another installment of Top o’ the Lot! For this weeks entry, we’re having another round of Geek vs Geek as I, Taylor, square of against David over a topic near and dear to our hearts, Avatar. More specifically, we’ll be making our arguments for the best of the many bending styles featured in both shows. In a setting as well-crafted as Avatar, there aren’t really any bad choices here, but we’ll make the tough choices to whittle them down. We’ll be taking a lot of things into consideration, including cool factor, visual flair, and place in the series, but at the end of the day, we’ll try to leave only the best one standing.

Coming in at Number 3, I’ve got lavabending, one of the sub-schools of earthbending. Though it’s very rare to see in either series, it features very prominently in my mind because it’s really the ultimate offensive bending; it uses literal scorched-earth tactics to devastate the area around you, turning an entire swath of land to ruin. Fighting a lavabender is such a frightening prospect not only because one hit could destroy you, but because the entire environment becomes a deathtrap. Granted, there isn’t a lot of finesse involved, and it’s hard to minimize the collateral damage and fight among teammates, but a lavabender is a force to be reckoned with and a wonder to behold, so it makes my list here.

I’m not going to lie, I do like lavabending. That being said, I agree thatlavabending is literally a scorched-earth policy. Like Taylor said, it’s terribly destructive to everything surrounding the lavebender, which in my mind makes it something of a last resort. Yeah, lavabending is awesome and we’ve only encountered two non-Avatar lavabenders to date, making it a very rare skill, indeed. Impressive, check. Dangerous, double check. Can potentially kill everyone, including the lavabender, triple check. Widespread use, nope. Thank goodness for that.

Yeah, I admit it’s not bending, but dammit chi-blocking is pretty impressive. From Ty Lee and the Kyoshi Warriors to the Equalists, chi-blocking has been shown that it can level the playing field against benders of any element, including the Avatar.  At its core, this martial art uses techniques to apply pressure to certain points on an opponent’s body, both paralyzing affected limbs and  effectively blocking the “chi” that gives a bender the ability to bend, thus disabling bending. What’s scary about chi-blocking is that it can be learned by benders and non-bender alike. It gets similar results as if bloodbending was being used, except it doesn’t have to meet those crazy requirements of a full moon and being a waterbender for starters. What good is being a bender when an opponent can just quickly jab you in a few spots and render you useless. Chi-blocking is a combat style that any bender should both respect and fear.

Well, you said it yourself: It’s not bending. In fact, that’s kind of the whole point of it. It’s the great equalizer between benders and non-benders. Certainly a cool concept and it adds a lot to the show, but it doesn’t really apply to a list like this one.

For my silver medal position, I’m picking on of the foundation bending arts, firebending. One of the great aspects of the show is that no one bending artform is the best or the greatest: they all have their strengths and weaknesses, and it comes down to the proficiency of the user more than anything else. So I’m not saying that firebending is better than airbending, earthbending, or waterbending. I’m just saying that it’s cooler.

On the surface of it, its already pretty hard to deny that there’s just something cathartic and inspiring about the idea of wielding fire as a weapon, which is why it’s so easy to capture our imaginations with ideas like fire-breathing dragons and the Human Torch. The way Firebenders use their gifts embraces this feeling too, incorporating bold, powerful actions like punches and kicks into the style. And on top of everything else, the firebending scenes are some of the most beautiful scenes in the entire show. I mean, c’mon, just look at the agni ki between Zuko and Azula under Sozin’s Comet.

Fire is a primal force of nature, in some cultures it even signifies life, death and rebirth. Zuko, Azula, Iroh and Mako were great characters in Avatar and Korra, but firebending is only one aspect of who they are as characters, and certainly not their only defining trait. However, characters that can wield fire are so widespread across nearly every genre, that it’s cliche. Fire is the element of emotion, and I could point out that trope which most characters associated with fire tend to be hot-headed and have self-destructive tendencies. Stick a fork in firebending, but it’s already been done before.

Airbenders, for the most part, tend to be pacifists and their airbending reflects those pacifist values.  However, Zaheer demonstrated a far more aggressive style of airbending, showing that it can be both quick and lethal. His style of airbending allowed Zaheer to transcend the bonds of gravity, granting him both an excellent offensive and defensive capability. What good is it for an opponent to attack if the blow cannot connect? Alternately this gave Zaheer the speed needed to close the gap before his opponent can react to or be able to match his speed. Additionally, given enough time, Zaheer could suffocate his opponent. Bad part about this style of airbending is that Zaheer had to shed his earthly tethers to attain this level of airbending. Luckily, this mastery of airbending was only demonstrated by Zaheer. However, it shows that Airbenders can be deadly if they decided to be.

It is certainly true that the denizens of the Avatar world should count themselves very lucky that most Airbenders are pacifists. But to pick Zaheer’s style over traditional airbending seems wrong to me. Zaheer’s bending and feats are extremely impressive, and he’s a great villain (2nd best in the series, I’d say), but his usage of airbending is a perversion of everything the Air Nomads are supposed to stand for. 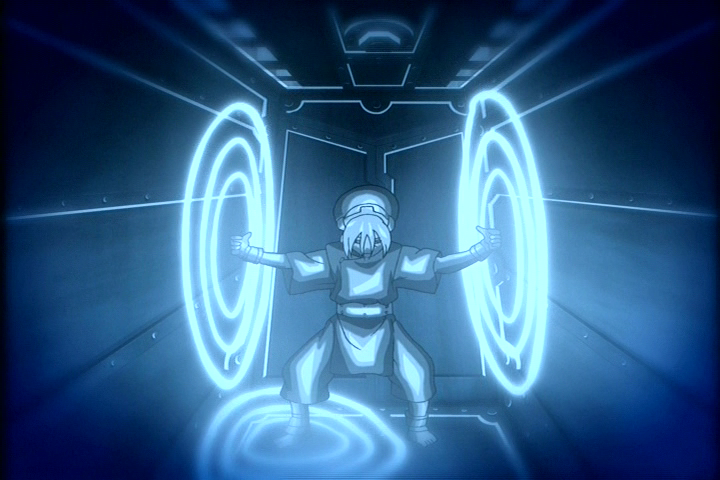 While I would say that the coolest bending style is firebending, the best would have to be metalbending. Not only is it an extremely formidable style to use in a fight, allowing earthbenders new levels of power and precision, it is perhaps the single most useful bending style outside of combat, allowing benders to create awe-inspiring structures and even entire cities. Beyond this, though, metalbending does a lot to breath life into the world of Avatar, as we get to watch it in its inception, used clumsily and bluntly, only to see it grow into a highly refined style. In many ways, it represents the fluid nature of the Avatar world as it and its inhabitants continue to evolve. It also doesn’t hurt that it was invented by Toph, one of the greatest characters in the entire series. And when being used by a master, it is quite beautiful as well, behaving as both a liquid and a solid in quick succession.

Overall, metalbending is fearsome and revolutionary, adding a lot to the world of Avatar as it grows and matures alongside it.

I can’t disagree with Taylor about metalbending. I picked it as my top pick for almost the same reasons that he did. (spoilers!)

It’s not surprising that Taylor picked metalbending for his top pick, too. In the world of Avatar, metalbending is relatively new. From Toph to Kuvira, we’ve seen the evolution of this bending sub-style go from novelty to a downright deadly art. Metalbending gave the viewers of both series something new and different, the main four bending had been around for thousands of years and not a lot had changed. Metalbending comes along and it changes the world of Avatar, not only was a city built by it, but whole technologies arose because of it and other benders had to adapt to counter this new bending!  I must admit when I watched the first episode of Korra and saw the metalbending police force, I was pretty amazed how far metalbending had come. Major metalbenders have demonstrated the great versatility of metalbending from Toph making a key for her jail cell to Suyin’s instant armor and ultimately Kuvira’s giant mech. Metalbending is the one bending that’s done the most of the Avatar series in a short span of time. Which is why it’s both our top pick. Plus, watching Lin Beifong go beast mode on airships is pretty awesome.

So that’s our list! Again, in a franchise as good as Avatar, there aren’t really bad choices, so there’s a lot we didn’t get to in our list. What you have put on yours? Feel free to let us know in the comments, and thanks for reading!