A blessing of Space Boy, and other webcomics, is that they lend themselves to binge reading. It’s a blessing because after this review you may – actually should – want to check it out. There, though, the blessing ends, as I found it was difficult to only check out Space Boy.

Space Boy is an ongoing series by Stephen McCranie on Webtoons.com that is updated every Thursday. Falling somewhere into a mush of Sci-Fi, Romance, and Drama, the series follows Amy about.

Amy is covered in a mass of chicks, with which she quickly becomes enthused.

Well, come on. Who is Amy? Oh, right. Well, Amy is a teenage girl who was raised in a mining colony in deep deep space. Her father, however, lost his job, so the family had to emigrate back to earth in a state of cryogenic sleep. On Earth, she enrolls in the local high-school, and there meets Oliver, whom people consider dangerously weird. So, obviously, she wants to learn more about him, and she does whilst exploring a developed futuristic Earth.

There I’ll leave the plot, as to avoid spoilers. The story, in so far as one considers story and plot to be interchangeable, works. It is absolutely solid, but I do not feel compelled to go further. So why did you binge read Space Boy? I can make out at least two reasons and one qualification.

To start with the qualification, the issue was probably in the binge reading. Like binging anything, it quickly becomes nauseating, or at least the brilliance is devoured in the consumption.

So, there’s that. Now for reason number one, that is the characters. One of Amy’s most defining and non-spoiling character traits, along with her gravity defying pigtails, is that she’s synesthetic. The manner in which Amy’s synesthesia manifests itself is a play between personality and flavours. So, she experiences people as jalapeño, chocolate, or whatever, which is their characterisation. What stands out here, however, is that this is neither twee nor an unbearably cutesy surreal. Rather, it is a tool with which McCranie effectively thinks about and fleshes out his characters.

And the characters of Space Boy are good, well-defined, characters. They have their flaws, but as with flavours, the negatives are more of an aesthetic disagreement than a metaphysical category of badness. McCranie writes with a human sympathy and does a good job at treating his characters with respect. That said, at points the sympathy can bee send as revolving around certain types of humans only. The specifics of why this is eludes me, but somehow they all just seem too positive, too decent at the core. Perhaps I’m just too cynical.

A poster Stephen McCranie made, and still sells, of the series.

Moving onto the art, I’m quite enamoured by it. Moving further, it is the type of work that makes me want to work. It is the initial reason for my binging. Firstly, the colour palette is amazing. The colours manage to be both vibrant yet delicate, so you’re left feasting upon the larger panels. The lines as well, or, more specifically, the choices made between letting a blob of colour speak or be bound balances the compositions beautifully.

And the shape of the people! I dig it to an irrational degree. For example, in the poster posted above, the shapes of Amy and Oliver just invite the reader’s inspection. The same goes with the rest of the cast, as with their flavours, most of the characters are made to stand out.

The aspect that really impresses me, though, is the panel layout. Most webcomics have you proceed panel by panel whilst you scroll down. In Space Boy, however, the page are stretched out vertically and the panels are integrated into the webcomic medium. So, you might have one splash section containing many smaller panels or a series of vertical ones running by each other. Unfortunately, this does not lend itself to any kind of image capture, so to see what I mean, you’ll have to read it yourself.

One more non-critical part delights the fan base, and since it seems to be part of Space Boy’s appeal, I’ll mention it. Stephen McCranie is, or at least has been, rather good at interacting with Space Boy’s fans. The phrase “above the call of duty” comes to mind, and it’s quite charming. There have been the Q&A updates, the keeping people informed when the update schedule is altered, and consistent responding to fan art and fan messages. All this is duty, but what goes beyond is his manner. He, like his Space Boy, is really quite sweet and cute, but not in a disgusting way. Here’ a picture of his response to a fan art from a new highschooler who said they’re having problems with the transition. 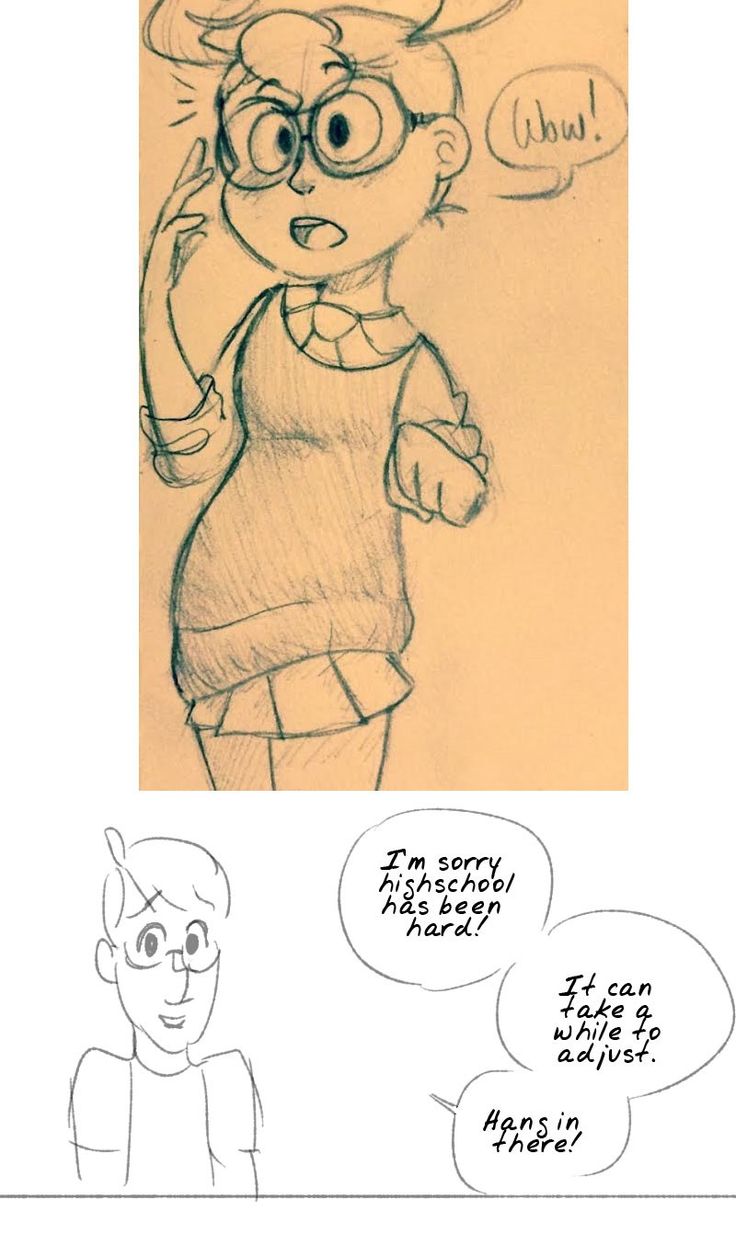 Stephen McCranie responding to a fan.

Now, obviously that’s not the reason to read the series, but I’ve been through some of them already. So, here you go. Begin.